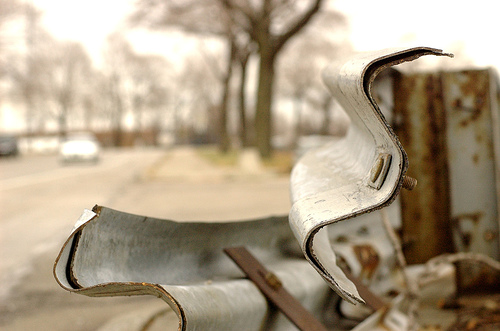 I believe it was 1996. So many years ago, and yet it feels like yesterday. Every December the day comes around…and my heart drops low and I think about Christmas differently. Seventeen years ago…On December 20th, I received a phone call that four young men from my high-school had been in a serious accident. Two of them were dead and one of them was in the hospital on life-support. I don’t know how many seconds into the phone call before I started screaming…but I did. And my family came running, and I managed to stay standing and take in the info but inside I was not present whatsoever. I couldn’t take it in. ‘But I JUST saw them yesterday…we had the last day of school yesterday, they were laughing and joking around…I JUST saw them…’ was all I could think and repeat over and over again. And that day lingers still…Christmas has become a more somber event for me…many things about life on my minds. How we celebrate Christ’s coming but we don’t think about the fact that his birth leads to Easter, which is also a sorrowful time of celebration as well. And while my friends were not Christ like at all, I wonder about God sending his son to earth and how his heart broke for what was to come..and I imagine it greater than the pain of those here on earth experiencing the loss of their son…but yet He resonates.

and today…while I was at work…I was informed that a young man who had been at our store last year, was in a serious accident on a motorcycle late Saturday night. The details still haven’t become clear (I’ve only heard bits and pieces) but in the accident they both lost alot of blood and his friend lost his leg. They both had to be in surgery almost immediately after arriving at the hospital and both are now in stable condition but still have along way to go. I was in the middle of training when I heard this…and didn’t even know what to do. I take things like this to heart and it went deep. This young man loves the Lord, and so does his friend. In one moment, their lives were changed forever….and the comment was made at work by someone in passing ‘Almost makes you believe eh? He totally had someone looking out for him.’ and I thought for a moment about that statement. Because either way, weather he had died in the accident or suffered as he does now, God still would have been looking out for him, loving him, being with him on his life journey. But how do you explain that to someone who doesn’t believe.

I read the other day about how people think that they are living by a standard of good and have it all together and then when it all falls apart tend to blame God though they never saw his blessings in how they were doing in the first place. And this whole idea of why do good people have to suffer bad things is part of a fallen world, and an idea that we’ve made up ourselves…because no where in this journey with Christ does it say anything like that. Blessing will come yes, but so will suffering. We are still living this life…we just have the Holy Spirit to comfort, guide and rejoice with us in life.

Its hard to see God’s hand in these things. Alot of us had to just trust that God was in the accident because there wasn’t anyway else for us to keep on. and the one things that resonates from this accident and I want to share with my friend is ‘you and I both know that God’s not done with using your life yet’….because its true. He could have been taken, he could have died during surgery…but it wasn’t his time. that wasn’t the journey for him to take. He was going to be entering his third year of a Masters in Theology in September. His friend is a father of two small boys and husband to a wonderful wife. Both of their lives are changed forever…and I can’t even imagine the struggles they will be dealing with as they work through their healing and the trauma from the accident.

I hope they are able to cling to this: Deuteronomy 31:6b “… the Lord your God goes with you; he will never leave you nor forsake you.”

And it makes me ponder my own view of life and thinking about how each moment is not our own, how we think that we have a handle on our plans, what we are going to do today or in the weeks to come…and yet do we realize that each moment, each breathe is a blessing from Him? A gift from him that His grace gives us?

I am reminded today, in the midst of images of blood and twisted metal, that yes Some-One was looking out for him and his friend…but weather they live or die, that someone is always present…what will I do with the fact that each breathe I have is a gift I so often take for granted? Will that make me thank Him more for the life he has given me, despite my not understanding what He’s up to…but trusting that His plan is being worked out in my life?

2 thoughts on “Who walks beside you?”

This site uses Akismet to reduce spam. Learn how your comment data is processed.